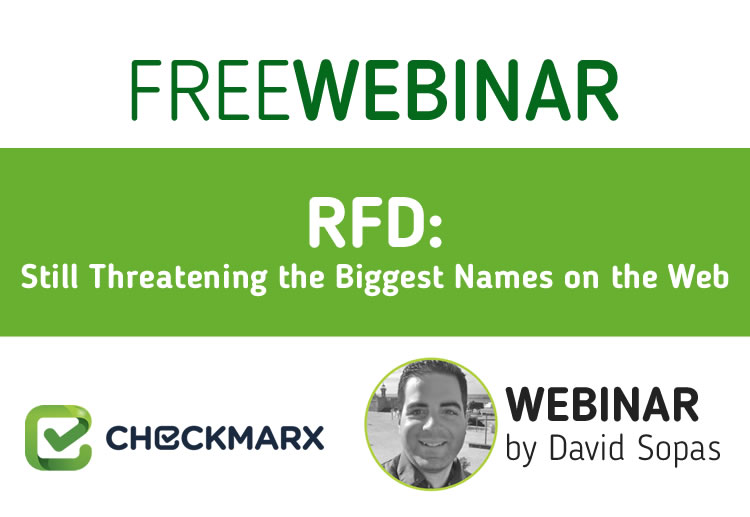 Next Tuesday, March 13 , 2018, at 5PM GMT you must attend a interesting @Checkmarx webinar by David Sopas. You can understand what Reflected File Download (RFD) is, view a live demonstration of an RFD attack and learn how you can protect your product from the dangers of RFDs. Discovered in 2014 by researcher Oren Hafif, RFD is still one of the most popular attack methods in use today. This attack is simple, yet highly destructive and despite its popularity, it is a relatively unknown attack vector for many software developers.

David is is an AppSec Research Team leader at Checkmarx and Co-Founder of Char49. Google, Yahoo!, eBay, Microsoft, and many other companies have acknowledged his work. As a bounty hunter in the past, David is still ranked number one on Cobalt and declared best Portuguese on HackerOne. These days, David enjoys breaking IoT devices and hacking his life as much as possible. For more information, visit his Linkedin or follow him on Twitter @dsopas.

Join him as he explains and demonstrates what RFD is all about, introduces real case scenarios, as well as mitigation techniques. Register Now!